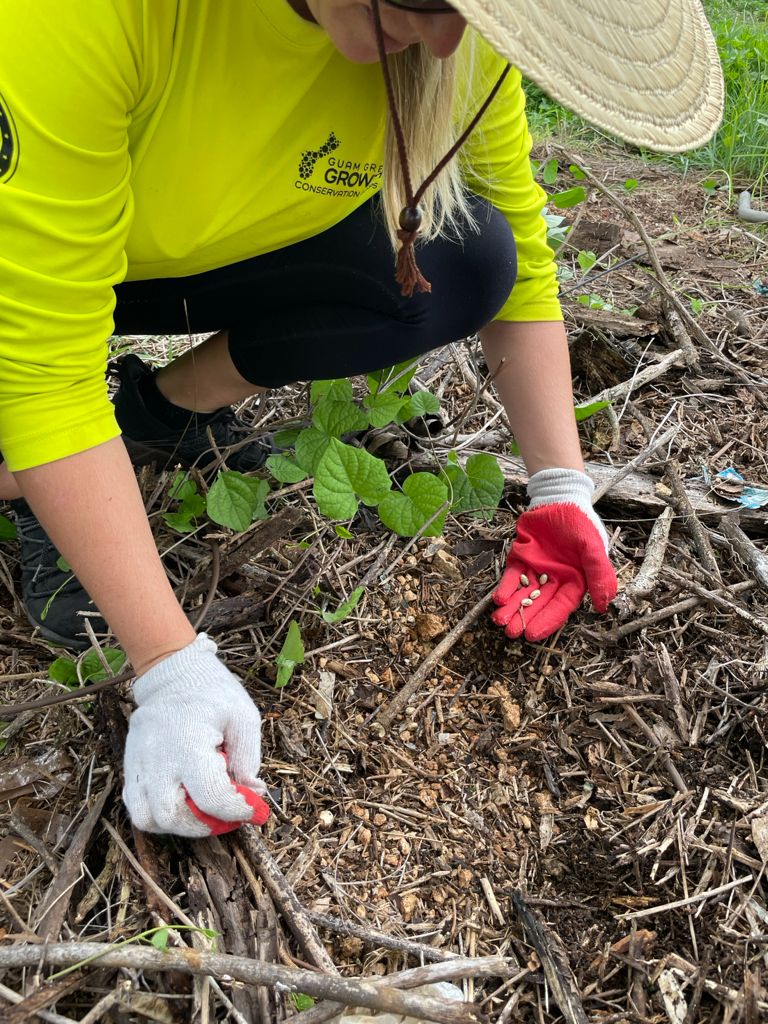 Following some classroom safety training, the group hit the trail for Liberation week.

They started with some painting in Inalahån, where they helped bring visibility to safety barriers along the main road.

The team also continued work on the mural in East Hagatña with the theme LIFE BELOW WATER in line with Sustainable Development Goal #14.

The G3 Conservation Corps spent the middle of the week working with recycling as they sorted cans at various locations throughout the island.

Our weekly cleanup schedule continued in Mongmong-Toto-Maite where the group collected trash and waste along Route 16 and surrounding areas.

Finally, the group wrapped the week up as a part of the Lt. Governor’s Tree Planting Event in Malesso’ where they along with volunteers and interns planted over 2500 trees on the land they helped prepare just one week earlier.

It was a very busy and productive week for the Guam Green Growth Conservation Corps as they continued their training and work to help build Guam’s Green Economy.