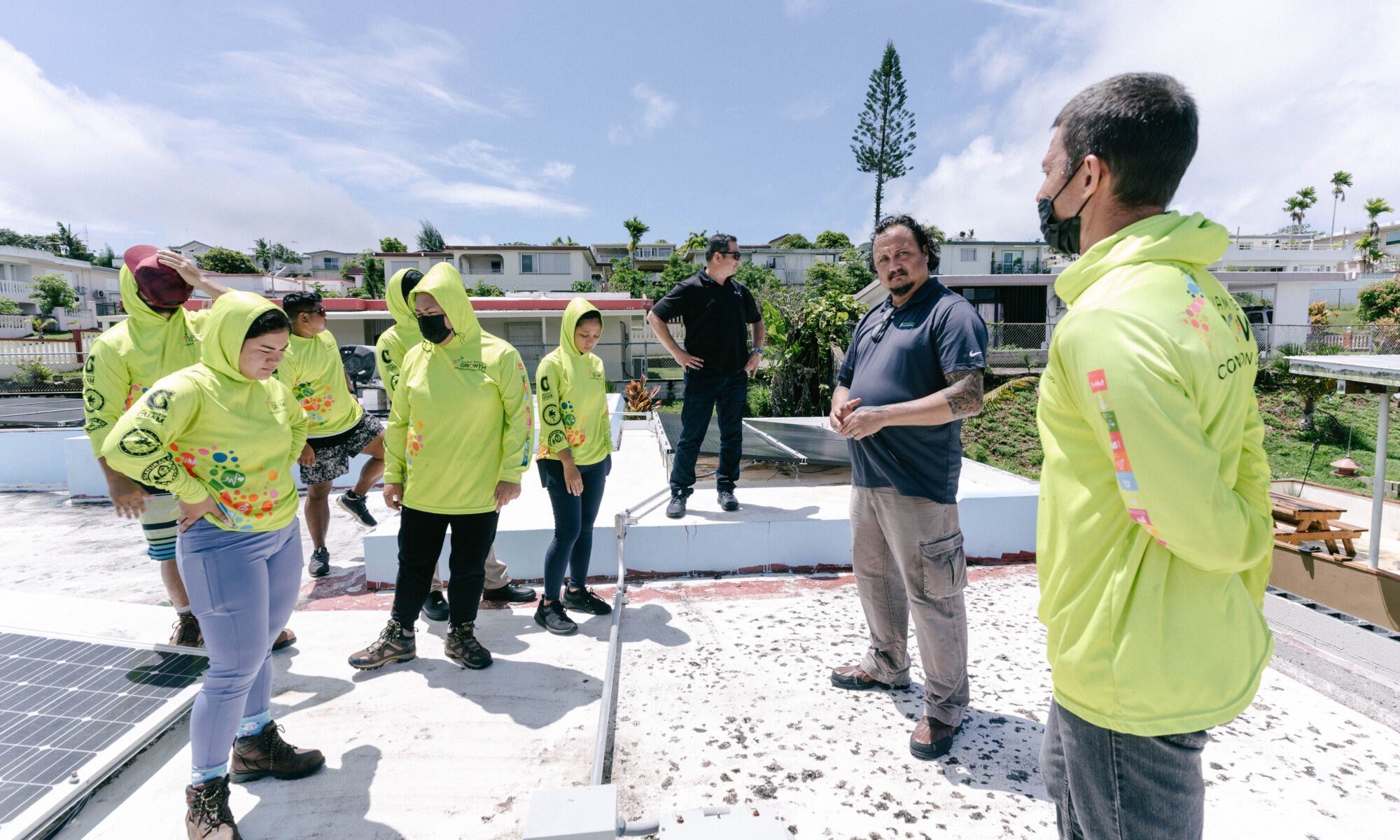 A tour organized by a local solar energy company spurred interest among the members of the University of Guam – Guam Green Growth Conservation Corps to explore the available career opportunities in this growing industry on island.

A team from Pacific Solar & Photovoltaics, led by general manager Scott Hagen, organized the tour on July 11 for the G3CC members. The company has been setting up photovoltaic systems for residential, commercial, educational, and military clients on Guam and in the Marianas since 2008. The University of Guam and the Guam Community College are among the multiple clients of the company.

The G3CC members visited commercial and residential sites and heard about the current career programs offered by the company. The Pacific Solar team also showed their new hydroponics system in Dededo.

The G3CC members said the orientation offered a glimpse into career opportunities that could help boost the development of a renewable energy workforce on island.

According to G3CC member Ryan Perez, the Pacific Solar team encouraged them to take classes because there is a shortage of renewable energy staff on Guam. “He showed us these different courses that we can take off-island or online,” Perez said.

For those who are interested in expanding their career path, the company could help them get a foot in the door by supporting them while they get certified for certain high-demand jobs, according to G3CC member Johnny Borja.

Borja added that Pacific Solar also has a program that encourages more women to enter the renewable energy industry. “With that whole push of getting females into STEM (Science Technology Engineering and Mathematics), they are trying to get them out into the field or to try designing the systems themselves,” he said.

G3CC member Rejean Benavente agreed that the incentive provided by the company to help get more women into the renewable energy industry is a good step for widening interest in STEM. But she said getting the word out into the community also helps increase awareness and interest in the program.

About G3
Aligned with the 17 U.N. Sustainable Development Goals, the Guam Green Growth Initiative, or G3, cultivates an ecosystem for transformative action to achieve a sustainable, prosperous, and equitable future for Guam. The University of Guam facilitates the island-wide initiative in cooperation with the Office of the Governor of Guam and the 100 members of the G3 Working Groups, representing all sectors of society.