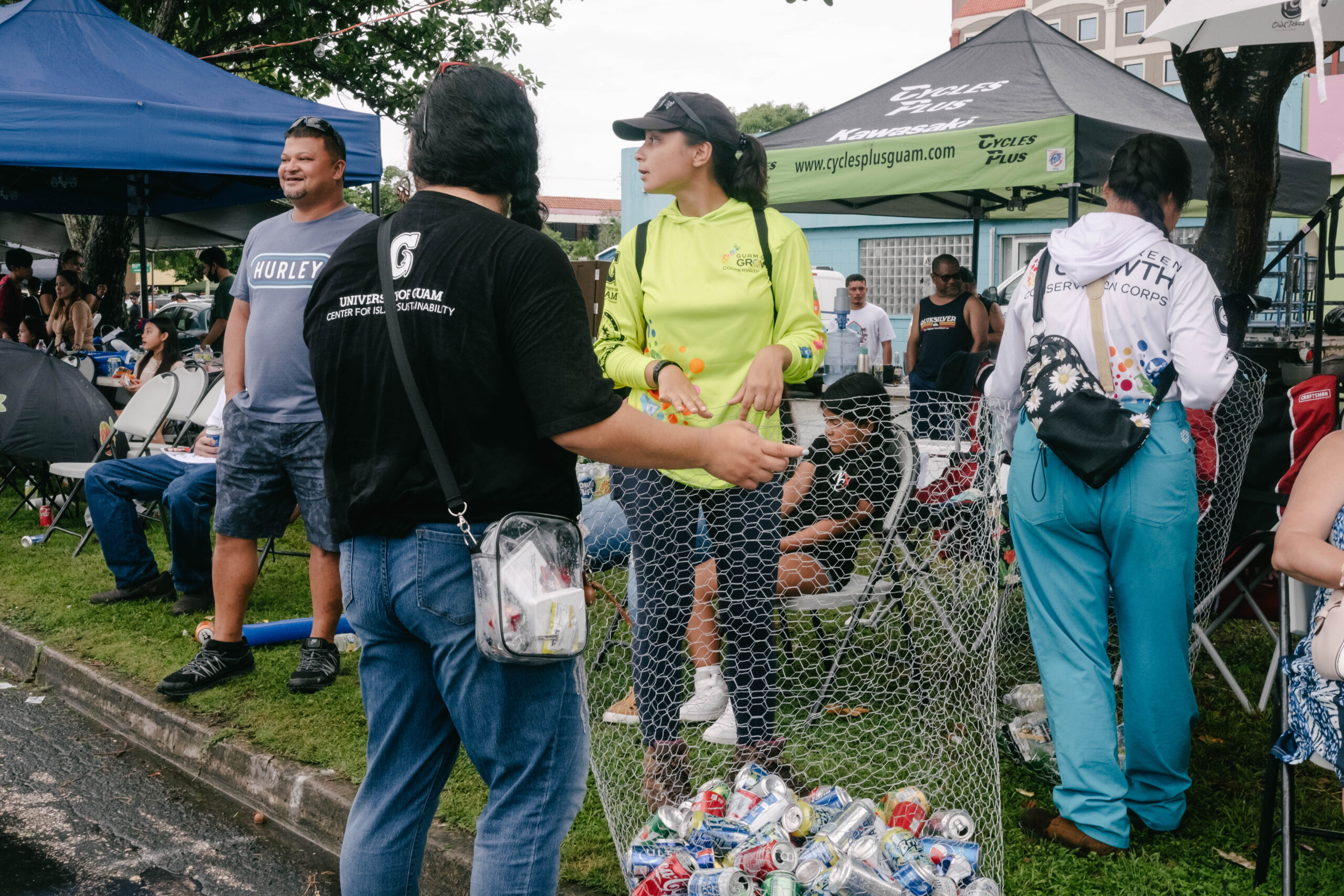 The Guam Green Growth Conservation Corps crafted recycling bins and distributed them to parade goers as the Liberation Day parade returned after a two-year hiatus due to the pandemic.
The Corps distributed the bins free of charge as families fired up the grills and gathered to celebrate the 78th anniversary of Guam’s liberation from occupation and the end of World War 2.

During the parade, the group made their way up and down Marine Corps Drive and assisted families, collecting aluminum cans that will be donated to the IRecycle program to raise money for local schools.

“I think this is a great idea,” said Michelle Perez who attended the parade with her family. “(The Conservation Corps) even showed the kids what kind of cans were recyclable.”
Perez was just one of the many people who participated in the recycling efforts and used the bins provided by the second cohort of the workforce development program.
According to UOG Center for Island Sustainability’s sustainability coordinator Phillip Cruz, the Corps collected dozens of large trash bags of aluminum cans that were diverted from the landfill and will make their way to school bins to help raise funds for student activities.
“I hope the hard work of the Conservation Corps goes a long way to not only help get some of the cans out of the landfill, but also inspire people to continue recycling,” said Cruz.  “The families were able to keep the bins we made and hopefully they will continue using them at their homes.”
If community members would like to donate cans and help recycle, they can deliver them to the Guam Green Growth recycling bins at Mayor’s offices or in IRecycle bins at participating schools.
Skip to content