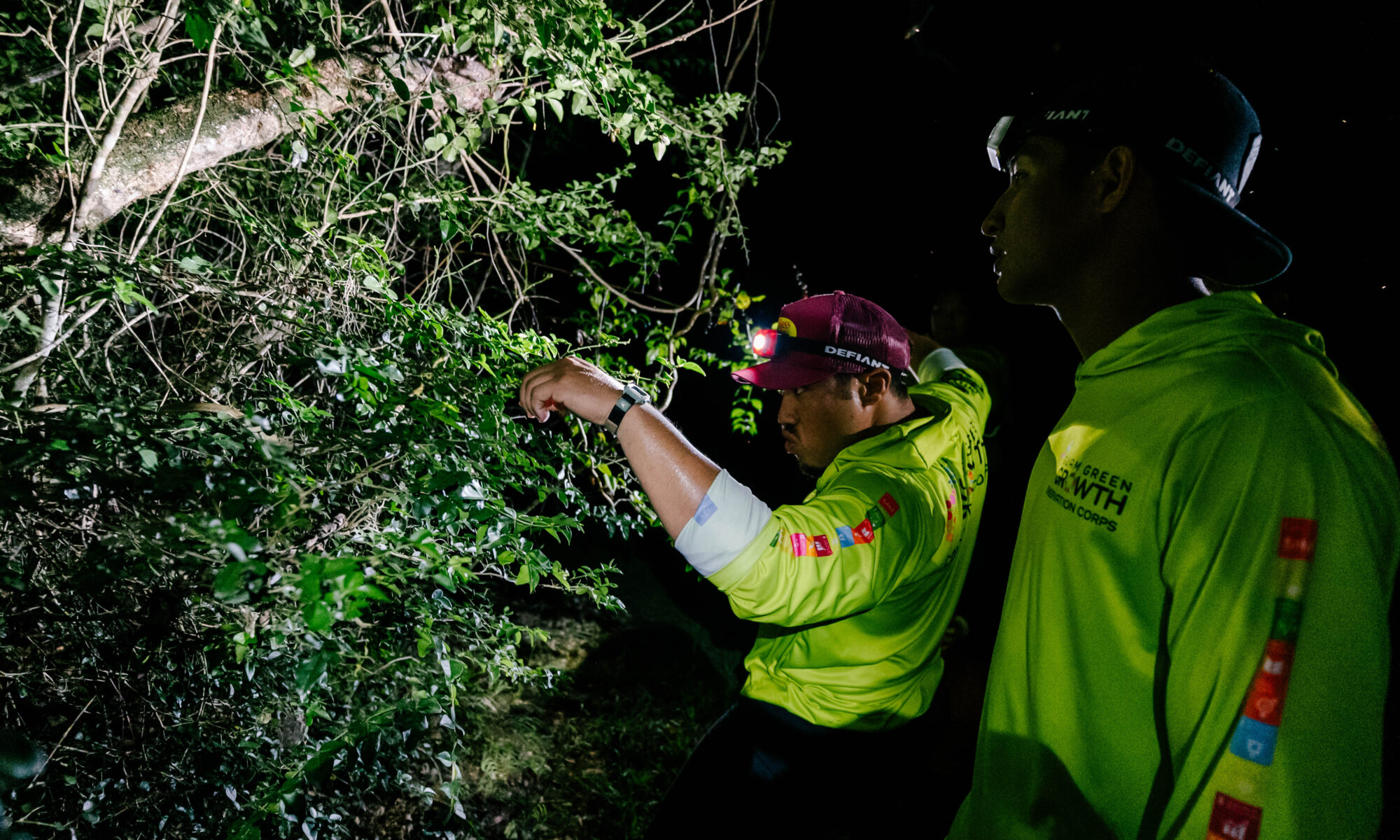 In a recent lesson, the Guam Green Growth Conservation Corps (G3CC) took on the most notorious invasive species on island, the Brown Tree snake (BTS).

No matter what their level of comfort for handling snakes, they all enthusiastically entered the classroom at the United States Geological Survey (USGS) in Ritidian and got down to the business of learning about the invasive pests.

USGS biologists Charlene Hopkins and Marijoy Viernes delivered a PowerPoint presentation with photographs of snakes in various species of trees and tangled vines to help the Corps hone their BTS search image.

Afterwards, they brought out colorful rubber snakes to allow everyone to practice handling skills and field stress-free euthanasia. Then, the live snakes were released from their snake bags and things got very animated!

Divided into two groups, participants got hands-on experience in using a snake stick as well as how to safely pick up snakes in a controlled environment. It was difficult for the snakes to get traction on the shiny, waxed floors, but for some first-time wranglers it still was a challenge.

As the sun went down, it was time to head outside to search in the wilds of Harmon.

Dividing into three teams with a USGS biologist leading each, everyone began walking slowly and purposefully along the roadside near Two-Lovers Point meticulously searching the vegetation for snakes.

The extra-bright headlamps provided by USGS made it easier to see the shine on their sinuous bodies as they slid through the trees.

One team was successful in capturing seven snakes with one snake each from the other two teams. In total, nine snakes were captured and euthanized. Viernes said of the G3CC team, “They were wonderful to work with. Everyone in my group during the search had many good questions about BTS, which showed their interest.”

Feedback from G3CC participants was positive. “After the training, I felt more educated on the topic of invasive snakes in Guam, learning there are no deadly venomous snakes here. My level of comfort for handling snakes is much higher now and I am better at spotting them,” said Chansey Rios.

Ryan Perez stated, “The training was very good. I have killed snakes before when they have come around my house, but now I know how to handle them properly and humanely.”

This G3 cohort continues to make advancements toward a healthy, sustainable environment for Guam.

The Corps will continue work with invasive species through the rest of the program’s run including a scheduled module removing invasive algae from Guam’s beaches and shores.